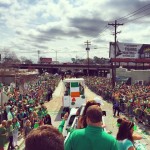 All across America, St. Patrick’s Day is celebrated on or around March 17th each year. Baton Rouge’s Parade is called “Wearin’ of the Green” and will take place on March 12, 2016. As in all cities, celebrations include displays of the color green, drinking, eating, religious observances and numerous parades. But few people know where the tradition began, or why.

St. Patrick was born in the 4th century and became one of the most successful Christian missionaries in Ireland. However, the first recorded St. Patrick’s Day parade was not held in Ireland. There is some dispute as to whether it was held in New York City or in Boston, but definitely not in Ireland. The celebration became popular due to the dramatic increase in Irish immigrants to the 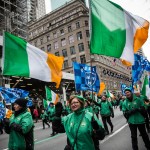 U.S. in the mid-19th century. Today, millions of Irish-Americans, and even those bearing no Irish ancestry at all, celebrate this day in America with parades, parties and other celebrations. Why March 17th? That date is thought to be the date of St. Patrick’s death.

Along with the celebration of that day comes the wearing of green. Traditionally those of Irish ancestry who are caught not wearing green are pinched, but “watch out”! – these days, anyone not wearing green is subject to being pinched. Green clothes, green hair, green drinks, streets painted green and even rivers dyed green are part of what has become a tradition of this day. Besides the color green, the shamrock is a symbol that goes along with this day’s celebration. Legend has it that St. Patrick used the three-leaved shamrock to explain the Christian Holy Trinity, but there is no real evidence of that.

A classic St. Patrick’s Day meal is corned beef and cabbage, however, that meal is more American than Irish. The most affordable meat for poor Irish Americans in the 19th century was corned beef. And cabbage, being a spring vegetable, was cheap, which explains why that meal came to be part of the tradition of the day.

The world’s shortest St. Patrick’s Day parades are held in Hot Springs, Arkansas and Boulder, Colorado where they are less than a block long. The New York St. Patrick’s Day Parade is the longest parade in the world.